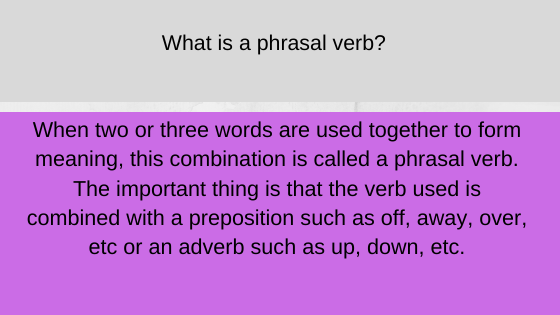 What is a phrasal verb?

When two or three words are used together to form meaning, this combination is called a phrasal verb. The important thing is that the verb used is combined with a preposition such as off, away, over, etc or an adverb such as up, down, etc.

A phrasal verb can also have more than one meaning. It depends on its usage. Phrasal verbs are generally used in routine speakings by native speakers of English rather than in any formal writing. Few examples are break into, pull out, get lost, etc